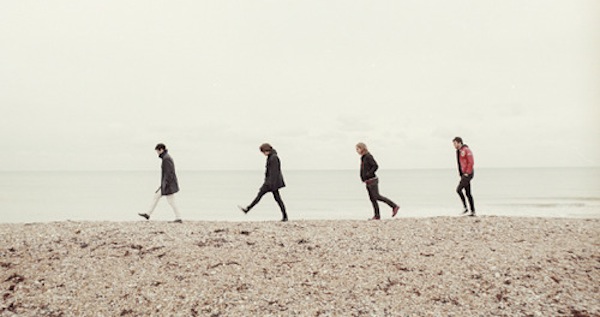 by Sandy El-Rayes, via Elite Daily |

When you’re chasing success in a certain endeavor, you will run into many challenges. I’ve realized that the more times you get challenged and want to quit but don’t, the stronger you come out in the end.

Accepting the challenge is the defining difference between those who become successful in life and those who don’t. Usually, the journey to success does not look how most people want it to. Often, there are detours.

As most get discouraged during this time, they fail to realize that the detour is leading them to an even more exciting and fulfilling success they didn’t even know possible.

Give Up On The How

Too many people want what they want and have a certain vision of how to achieve it. They think it’s the only way to get where they’re going. So, when things start to veer off in different directions, they look at the road they’re on and feel as if they’re on the wrong path.

So, they turn around to go back to where they started and either post up where they’re comfortable and become too scared to pursue and fail again, or they take another route, only to find the same issue arising later on, down that road.

It’s important for people to have visions because they need to know where they’re going, but they need to give up on the vision of how they will get there — that’s the one thing that can’t be controlled.

You Can’t Control The Direction Of The Wind, But You Can Always Adjust The Sails

They believed wholeheartedly that as long as they kept going, they would achieve their success. Instead of wasting their time worrying and complaining about how it was happening, they focused on what they could do to make it happen with whatever they had. No excuses.

If you take a look at most successful peoples’ lives, there was always resistance of some sort. They went through plenty of challenges, failed often and wanted to quit numerous times, just like everybody else. But, after persevering through all that, they found their success.

There are many success stories like that. So, why do so many people quit on their own successes and think their journeys will be any different or less difficult than those who went ahead and made it to their desired destinations?

Accepting the challenge and appreciating what it will do for you and to you is the ultimate key to having everything you’ve ever wanted in your life. Give up on how it will look and give in to where it will take you.

Being Unhappy Is A Choice, Not A Life Sentence

Some people are so comfortable with resistance and accepting of failure they believe their lives are supposed to be complicated, unhappiness is a way of life and there’s no other way to live.

Those who have broken through the hardships of life and realized their dreams look at these people, and all they want to do is wake them from their miseries and make them see that they, too, can achieve happiness and success. However, they must first think differently about their situations.

I grew up in a place where, unfortunately, there was a lot of crime and death, and it left so many people scared and unhappy with their lives. It happened so often that as a young girl, I thought it was just how it was everywhere.

Once I left that area and moved around the country, I was exposed to the reality that we were living unhappy lives because we didn’t know any better and our environments shaped our perceptions of what we thought reality to be.

It took me leaving my comfort zone and everything I knew, taking a chance on life, chasing my dreams and searching for something more for me to find the truth that there is always better out there.

Now, it was a matter of me making the choice to see life in a different light; to fall in love with the good in the world and choose to only see the good in everyone and everything.

There’s an old Buddhist proverb that says, “When the student is ready, the teacher will come.” Once you’re ready to make a change in your life, that teacher may come in the form of an experience, a mentor, a job opportunity, or just a pure gut intuition to walk away from a negative person or to let go of a negative experience in your life.

Once the choice is made and the action takes place, the universe will guide you to your next step.

Everything Happens For A Reason

If I had to look back to three years ago when I first started my career, there were so many times I was unhappy with something, so many times I wanted to quit and numerous times I didn’t understand why certain things were happening to me.

Looking back now, three years later, everything connects. Even my worst moments ended up being crucial to set me up and prepare me for my best.

It’s hard to see this when you’re going through your trials and tribulations — that’s why you need faith. Faith in yourself. Faith in your guidance, whether it be from a mentor or a book or stories from people who have gone ahead of you and are where you want to be.

Tough times do not last, but tough people do. A tough time in your life usually ends up being a defining moment. Let it define you in a good way. Let it toughen you up and sharpen your mentality.

When we long for life without difficulties, remind us that oaks grow strong in contrary winds and diamonds are made under pressure. — Peter Marshall

Find out what you want out of life and then go crazy chasing it. Your success and happiness are there, just waiting to be realized. So, get up, stop complaining, accept the challenge and make a choice.

Find your purpose and pursue it with every last breath you have. And, once you do, you’ll thank yourself and soon realize that your destiny was to be happy all along.

How You Should Approach the Litigation Process

Top 4 Benefits You Get by Remodeling Your Bathroom